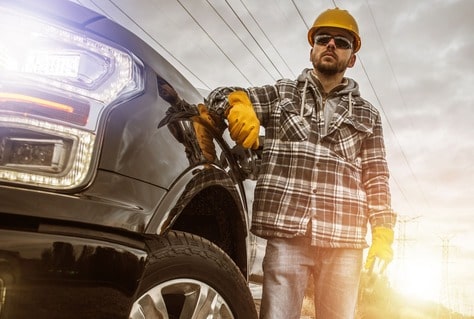 The world is moving faster, and if you’re in the construction field, sometimes it feels like it’s moving so fast it’s about to run us over. Contractors have always been an interesting lot when it comes to new technologies. Sometimes we’re the first to embrace them, and sometimes you show up to a job site and there’s some guy working with tools right out of the 1950s. But as the days go by, it seems like technology is just moving faster in all phases of construction.

Take site prep, for example, many of us in the trades still remember when the boss would arrive at the job site, hop out of his truck, turn in a circle, and then go to a phone and order materials. Not only has the construction process gotten more complicated in the paperwork phase, but it’s also gotten a lot more complex and high-tech in site layout and planning. But some of those complicated, high-tech methods make our job easier too. In fact, some of the high-tech items being seen on a daily basis now, are technologies that have come on the scene so quickly that we can’t remember doing our jobs without them.

In this case, we’re talking about cell phones and tablets or laptop computers. These tools are universal now, but 20 years ago, most contractors in the field didn’t really understand their potential.

As an example, not so long ago when we got to a site, we would grab a tape measure and spend a couple of hours measuring the outside of a structure to calculate how much material would be needed to re-side or coat an exterior. Then we might factor in a ten percent overage for good measure, and then we’d wind up with 10 gallons of paint in some off-color sitting in our storage space for the next two years until we could find a shed to paint and maybe recoup a little of the cost. Now, it’s a little different. 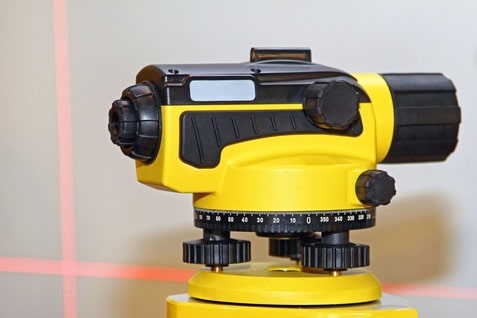 Using a smartphone with a 3D measuring app, we start snapping photos and 20 minutes later, we have materials calculations that are more than 95% accurate. Ready for the next phase! (Not to mention that we don’t have to trip over two buckets of paint languishing away in our storage area.) And what is most amazing is the accuracy of these types of apps, especially if factoring in that some of them can additionally measure odd surface areas like trim, windows, and soffits. The other advantage of 3D measuring apps is how they can provide photo renderings in different colors that allow contractors to give clients a good visual indication of what their siding and color choices may look like on their own structures.

Another tool that helps make short work of the initial setup (both outdoors and indoors) can be a laser level. There are different forms of these tools and as tech advances, they are becoming much easier to set up and use. For instance, some of the models of rotary laser levels manufactured by DeWalt and Hilti, among others, offer an internal self-leveling system that levels the machine itself.

To go to the “next level” in surveying, measuring, and site mapping for construction (as well as for other fields), avail yourself of the ZEB REVO handheld scanning laser by the company GeoSLAM. This handheld laser scanning tool is nothing short of amazing, in that it scans and logs the data for the survey all in one handheld unit. After the data has been logged, it can present a detailed 3D map of the site for use on any computer (with the right software). Part of what makes this unit so the cutting edge is that it can be used in the field without any assistance from GPS. But 3D scanning isn’t the only type of technology making its way into the construction industry, either.

Another industry innovation making big waves is that of prefabricated building. While prefabrication has been around for a long time, like many other innovations it is now coming into its own as a result of more modernized manufacturing methods. Many in this industry attribute one aspect of its growth to an odd factor, that of losing so many skilled laborers during the last recession. But beyond that, the increased use of prefabricated construction techniques might have a significant impact on the whole of the construction industry.

Most industry experts agree that the real benefit of prefabrication will be best seen in certain use categories, such as hotels and specific-use facilities with lower requirements for change at some point in the future. These could be locations like processing centers, senior living apartments, retail settings, and institutional buildings, such as police departments or city offices.

Other advantages to the modular style of residential construction include locating the majority of workers in centralized factory-style settings for a longer portion of the construction process. This can lessen dependency on fair weather and provide more consistent quality control in a stabilized setting. Another factor in favor of prefabrication is that of less waste generated on the location. In a more factory-like setting, waste is easier to mitigate, and there may even be some reuse potential that would not be there on site.

There are some drawbacks to the process though. The first is that it significantly reduces the use of smaller, more independent contracting companies and shifts that workload over to larger companies with assets more able to provide for logistics inherent with the process, such as transportation. The other possible negative consideration is that of how the prefabrication process interfaces with local building codes and where that might create problems for out-of-area builders. At this time, it is uncertain how these two (and other) factors may impact the use of prefabricated structures in contracting in general and residential contracting specifically. 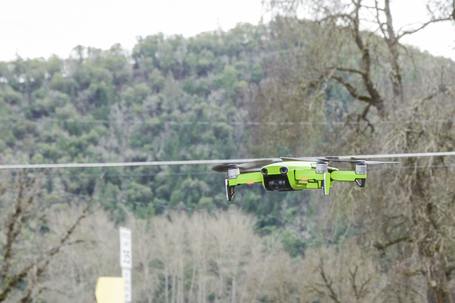 One of the biggest increases in the use of technology in the field of contracting might surprise folks. According to a recent nationwide survey among contractors, more than 20% of them said they were either experimenting with or considering the use of drones in the field. To be sure, the biggest portion of the actual use of drones in construction today is in their use on medium to very large sites, but their utilization may be expanding throughout construction all the way down to the residential level.

On larger job sites, drone use is becoming quite diversified. For one contractor, drones may be used to compare designs with currently built projects, and then for a different contractor, they may be used for processes like tracking job progress and monitoring large job site traffic flow patterns.

As you can see, the methods and uses for the technology for contractors is expanding on a daily basis. While many critics of our industry say we’ve always been slow to follow change, a better way to say might be that we wait until we’re sure how and where to use that change, in this case, new technology. Then we put it in our hands like a shiny new hammer. And if nothing else, drones sure would make it easier and more fun for delivering our lunch on the job site!

Chuck Rehdorf is a writer/researcher for VAContractortraining.com. He is an avid photographer with a background in both law enforcement and residential electrical. He lives in Grants Pass, Oregon.