A Brilliant Idea: A Great Career with No Student Debt 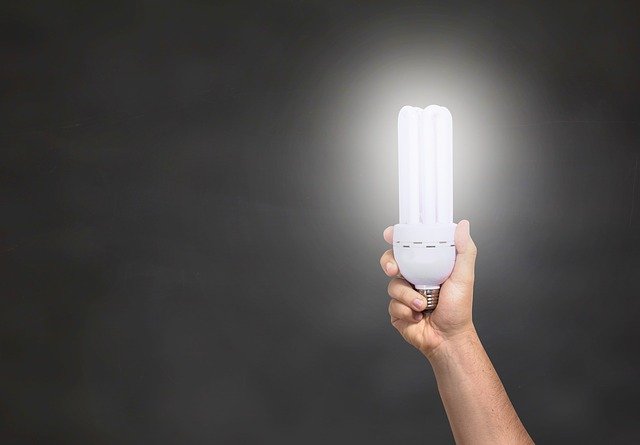 Future is Bright for Electrical Tradesman

By Karla Allen, At Your Pace Online Content Writer

Overheard at the sidelines of a youth soccer game were two middle-aged dads talking during halftime: “So I told my nephew he should’ve become an electrician!” Dad #1 said. “He just graduated in May and now he’s got a huge student loan bill every month. He could’ve been making twice that every month!”

Dad #1, “Nope, and he’s applied everywhere. He doesn’t know what he’s going to end up doing, except trying to find something so that he can get started on that loan.”

A version of this conversation about trades vs. traditional college degrees is going on along soccer sidelines, across kitchen tables, and at the high school and college graduation events across America. Even billionaire Michael Bloomberg, the former New York City mayor, weighed in, saying in 2013, “Compare a plumber to going to Harvard College — being a plumber, actually for the average person, probably would be a better deal.”

Since that’s the common perception, let’s take a look to see if it’s also the reality.

Figures suggest that the average four-year undergraduate student degree costs $33,480 per year at private colleges, $9,650/yr at state colleges, and $24,930/yr for out of state students at public universities. Multiply those dollar amounts by four (or more, depending how long it actually takes to finish a degree), and it’s easy to see why so many graduates leave with their degree in hand and a gaping hole in their wallet and future (collegedata.com).

Data also shows that 7 of 10 graduates do end up with student loan debt. (See http://ticas.org/posd/map-state-data for a state by state breakdown of who and where the debt is.)

Specifically, the numbers show that students who graduated in 2016 averaged $37,172 in debt (studentloanhero.com) which in practicality means payments of $350 (or more) a month. When that amount of a starting salary is going to debt repayment every month, it means postponing other life goals, such as purchasing a home or business, taking entrepreneurship opportunities, buying a vehicle, traveling, starting a family, promoting philanthropic causes, or even pursuing further higher education. Future debt load should be seriously considered alongside the realistic salary predictions in the desired field, which can be anywhere between $30k to $80k a year, depending on your geographical location and field of study.

And even those who start repaying their loans, can’t always maintain it. Time.com reports that as of January 1, 2016, approximately 43% of the 22 million federal student loan debtors were not making their payments, with about 3.6 million in default, and another 3 million behind in payments.

(As a side note, a student loan must be repaid whether or not the borrower finishes their course of study and actually earns the degree. There is an entire population of borrowers who are currently paying off student loans who never actually completed college - for whatever reason - and therefore don’t even have the possible career-advancing benefits of the degree. Graduate student debt also skews the numbers higher as those types of degrees are generally more expensive and students pursuing those degrees accrue debt more quickly than undergrads.)

So what if Dad #1’s nephew had pursued a trade license as an electrician?

The actual financial cost to become an electrician varies depending on what route is taken - online course work vs. a local community college vs. a traditional electrical engineering path at a four-year college. But, depending on the path, the financial output for the license can easily be much less than even one year in a traditional college and a student generally can begin their apprenticeship right after high school. This means that they are earning a wage, while they are learning their trade (for further questions, check specific state requirements).

A four-year college graduate obviously earns a salary based upon what’s available and the type of degree, anywhere from English majors at around $35,000/yr to petroleum engineers at $80,000/yr. Similarly, an electrician’s pay is subject to what’s available, but the average electrical apprentice has the advantage in that he or she has already been earning throughout the training and while working in their field, building their business and reputation.

While electricians may have starting salaries from around $35,000/year they are generally not carrying the accompanying student loan debt.

Specific salaries vary depending on regions of the country, but the U.S. Department of Labor, Bureau of Labor Statistics says that the 2015 median pay for electricians was $51,880 per year (median meaning half above and half below) (bls.com). And the BLS gave the job outlook for electricians a 14% rise, which they called ‘much faster than average.’

A quick scan of help wanted a website for electricians reveals many unique opportunities. Most might think immediately of a private electrician spending his or her own holidays repairing electrical failures for others, but that’s only one possibility. Electricians hold a variety of jobs such as working as municipal electricians or as staff electricians for private corporations (like At Your Pace Online’s instructor who manages the electrical needs for a major local hospital system), or as electricians for regional electrical companies. Electricians can also transition into electrical engineering jobs, customer service roles, or management positions. Electricians will also play key roles in all methods of utilizing alternative energy, whether solar or wind or other, like electric vehicles, as companies pursue major changes in their relationships with energy sources and electricity. Whatever technology develops in the future, you can be sure electrical connections will be a part of it.

So what about Dad #1’s debt-laden nephew? Had he been interested in the field, he would have done well to follow his uncle’s advice to earn an electrician’s license, thereby gaining a satisfying career all without the cost of getting a “whatever can be found” job to pay back a burdensome student loan. While a traditional four-year college is a great choice for some, one thing is clear -- for anyone who chooses to train as an electrician, the future looks very bright.